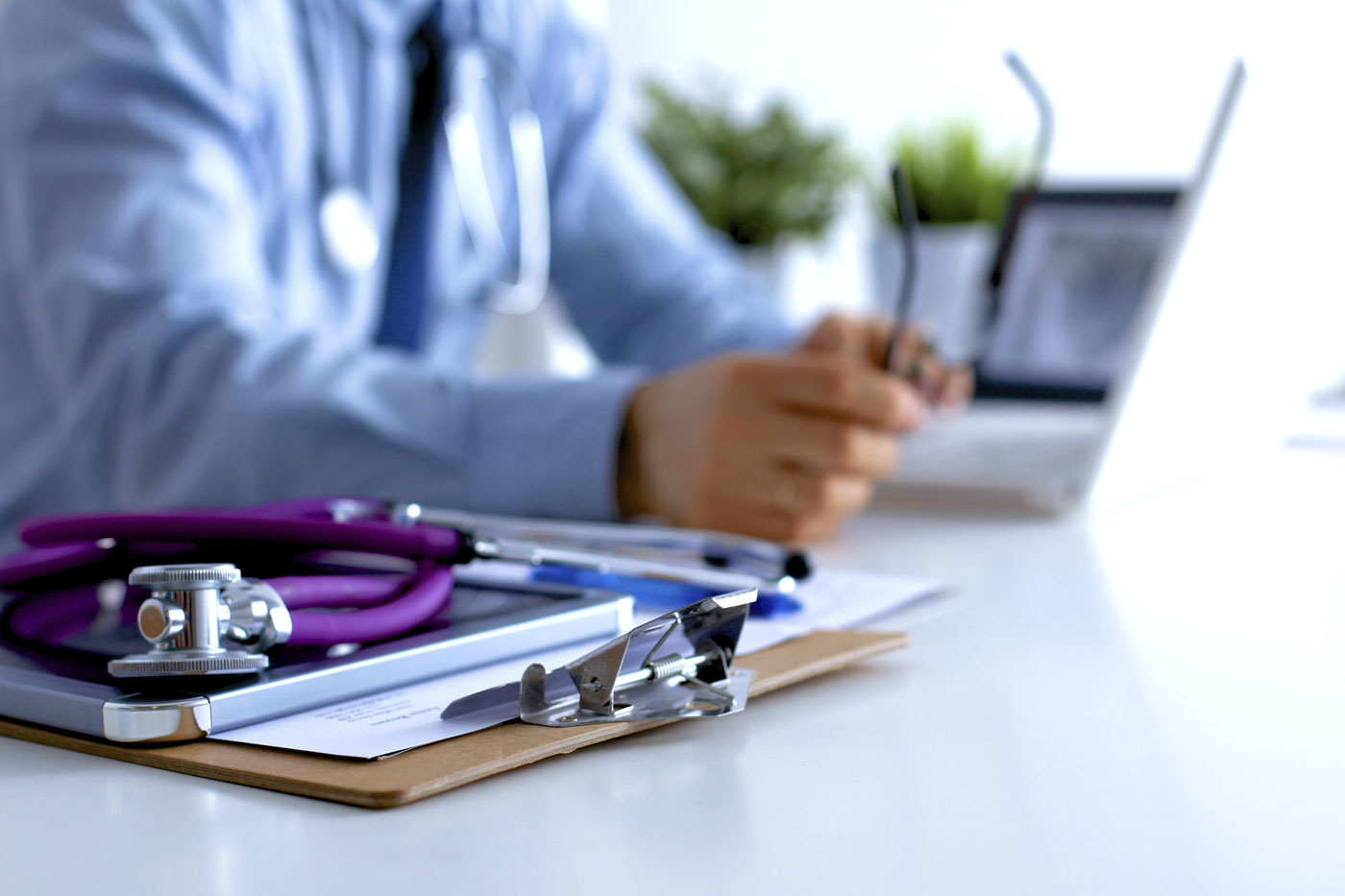 An Overview of MCS

Back when doctors believed their patients and before psychosomatic illness and stress became a catch-all for illnesses doctors couldn't diagnose, there is evidence to suggest that doctors were diagnosing chemical sensitivities as vapors. Vapors were described as an exhalation of bodily organs held to affect the physical and/or mental condition or as a depressed or hysterical nervous condition. Then in the early 1950's, Theron Randolph, M.D., recognized that people were getting sick from their environment, hence the original name Environmental Illness.

In the 1960's, it finally became evident to the government that pollution was causing adverse health affects. Dr. Randolph attended that first conference on outdoor air quality. He was the only one to question the effects of indoor air pollution, and his concerns where ignored and/or ridiculed by the medical profession as well as the government. In 1992, EPA conservatively estimated that poor indoor air quality costs the U.S. $1 billion annually in lost productivity. That same year, the National Academy of Sciences estimated indoor air pollution contributes $15 to $100 billion annually to health care costs.

The energy crisis of the 1970's exacerbated the problem of chemical sensitivities but did nothing to add to the understanding of the illness itself. To conserve energy, the government encouraged weatherization and energy efficient construction that included reducing the ventilation requirements of bringing outdoor air into new buildings. It is this air reduction together with the increases in volatile chemicals in new, synthetic materials and products since World War II that is being blamed for the ever increasing number of people who are being adversely impacted by chemicals.

Then in 1981, in response to the poisoning of thousands of people by urea formaldehyde foam insulation, the National Research Council commissioned a study called Formaldehyde And Other Aldehydes. The report estimated that 10 to 20% of the population was at risk from low level exposure to aldehydes. Though the report's major focus was the cancer risk, it did recommend an extensive study be done on chemical sensitivities. Nothing was done.

Unfortunately, the medical/biologic understanding of chemical injuries breaks down because of a lack of knowledge created by a lack of basic research. The lack of research is further hampered by a lack of a case definition for the illness. There are several theories as to how these low level exposures are poisoning people, and research into detoxification enzymes found in veterans suffering from Gulf War Syndrome have provided some clues into how the body's inability to process toxics may be playing a critical role in the initial sensitization process as well as other long-term health problems.

Chemical sensitivity was once thought to be an immune system dysfunction or related to allergies. The latest research strongly suggests that chemical sensitivity is most probably some combination of central nervous system and blood-brain barrier damage, low-level porphyrin abnormalities, and detoxification enzyme deficiencies. Chemical sensitivity is more often than not characterized by real, verifiable damage to the body, though the implications of these anomalies are poorly understood and need research. MCS is also usually accompanied by other diagnosable types of chemically-induced injuries.

The government has been woefully slow to respond with research money, not only for chemical sensitivities, but to study many of the adverse, non-cancer health affects being associated with toxic chemicals in general. The chemical companies have a vested interest in promoting the belief that chemically induced health problems are more psychiatric in nature than a physical response to their products. It is the Chemical Manufacturer's Association that stated in its 1991 briefing paper, "The primary impact on society would be the huge cost associated with legitimization of environmental illness." However, with 15% of the population now suffering from some form of chemical intolerance, we may be fast approaching the time when the government will not be able to support the cost of those suffering the health effects caused by poorly regulated consumer products.

Two other factors help complicate the process of unraveling chemical sensitivity. They are masking (adaptation) and spreading (cross sensitization). A very simplistic explanation of the very complicated process of masking is that the body forms an addiction to a chemical so that if a person doesn't get a regular dose of the chemical, the body will go into withdrawal much like that associated with drug or alcohol addiction. While overt symptoms are being controlled by the masking, internal damage continues unchecked. Spreading can turn chemical sensitivity into a progressive condition. Once a person is sensitized to one chemical, the sensitivity can spread to include other unrelated compounds. Once that happens, repeat exposures reduce the body's tolerance level by an as yet unknown mechanism so the body becomes more easily reactive to more and more chemicals at lower and lower levels until it finally reaches the point where the person is sick all the time. If this illness reaches that point, the person can kiss a life of casual convenience good-bye.

While most MCS research has focused on an immune system mechanism, MCS critics have repeatedly pointed out that much of what MCS sufferers claim simply cannot be immune system mediated. Especially controversial has been immediate reactions to chemicals or upon the cessation of an exposure. With the exception of a histamine response and some IgE-mediated responses such as anaphylactic shock, the immune system is not generally capable of reacting as fast as the symptoms appear. This has led some researchers to look at the central nervous system because it can and does have the capacity to respond within the time-frame most patients' experience. The best hypothesis for these fast responses comes from triggering research into neurogenic inflammation. Reactions such as nausea or vomiting are being neurologically mediated unless the patients also have indigestion.

Neurologic testing is finally proving subtle nervous system dysfunction and damage. While it may be years before the full implications of these tests are understood, at least they are available to objectively show abnormalities. With the use of challenge QEEG evoked potentials, SPECT scans, and PET scans, great strides are being made in documenting the effects of chemicals on the nervous system. However, the lack of controlled blind studies on the central nervous system effects of MCS patients is problematic.

The neurological phenomenon known as time-dependent sensitization (TDS), which has been primarily studied in animals for the last 20 years, has an amazing and uncanny similarity to MCS and not only helps to explain how the brain becomes sensitized to low-level chemical exposures in the first place, but the role that stress plays in adverse reactions. It also provides a mechanism for cross sensitization to unrelated chemicals. Until TDS was discovered and applied to MCS, this cross sensitization phenomenon was thought to be impossible by MCS adversaries because no immune system mechanism has even been established for it. Because classical toxicology makes no allowances for cross sensitization either, the impossibility of cross sensitization became a critical element in most theories of why MCS had to be a psychological rather than a physiological disorder.

In 1963, research conducted by Eloise Kailin, M.D., strongly suggested that MCS was a metabolic (enzyme deficiency) disorder. Dr. Kailin's findings were rejected by both clinical ecologists and MCS adversaries because both sides maintained that to exist at all, MCS had to be immune system mediated. Follow-up research on metabolic problems in MCS sufferers was not conducted for 31 years.

Then in 1994, testing showed that over 90% of MCS sufferers have developed a condition known as Disorders of Porphyrinopathy (an acquired form of the porphyrias). The porphyrias are a group of rare metabolic, enzyme deficiency disorders involving the production of heme (a component of blood) and liver and/or bone marrow damage and have many symptoms in common with MCS. The most significant symptom MCS shares with the porphyrias are chemical intolerance/sensitivity and any estrogen mimicking chemical or drug can trigger an attack.

Disorders of Porphyrinopathy are also showing up in people with chronic fatigue, fibromylagia, amalgam problems, and silicone implants.

Estrogen load may be one reason females (human and animals) are more susceptible than males to metabolic disorders, time-dependent sensitization, and MCS. In addition, a study on Gulf War veterans discovered the plasma butyrylcholinesterase deficiencies may play a significant role in how people get poisoned. A Danish study found that women in their 30s and 40s are at an all time low for the production of this scavenger detoxification enzyme that protects the central nervous system.

Autoimmune disorders are also a major problem for the chemically sensitive. Autoimmunity is not suspected as the triggering mechanism for MCS, but rather it is a consequence of the body's inability to convert toxins in to harmless by-products fast enough. Toxic exposures can and do trigger autoimmune responses which MCS sufferers must deal with on a regular basis. Being chemically sensitive makes a person more vulnerable to all the possible health consequences associated with chemical exposures -- only for MCS sufferers these toxic responses are occurring at extremely low (thought to be safe) levels.

In spite of these medical advances, product warning labels that advise of adverse reactions such as headaches, nausea, blurred vision, etc., mounting animal research that links specific reactions to specific chemicals, and numerous double-blind clinical studies with humans that demonstrate a direct connection between exposure and symptoms; our subjective symptoms still remain highly controversial. Double-blind studies are routinely discounted by critics because there is no way to verify if a patient is nauseous. In science, humans are still not considered reliable indicators. With TDS and enzyme deficiencies, animal models are now available to study MCS, however, lack of funding for basic research is still a major problem and getting what research is available into an established medical journal is even more difficult. For example, the Journal for Occupational Medicine is controlled by doctors employed by Dow Chemical Company, Eastman-Kodak, General Motors, and ITT Corporation.

Another book to consider in looking for information on explaining chemical injuries and protecting yourself:

Chemical Exposure and Human Health by Cynthia Wilson, Originally priced at $55, you can order used but unscented copies from CIIN for $20 which includes S&H

Order online or by mail